Signs of Elder Abuse: What to Watch For and How to Report It 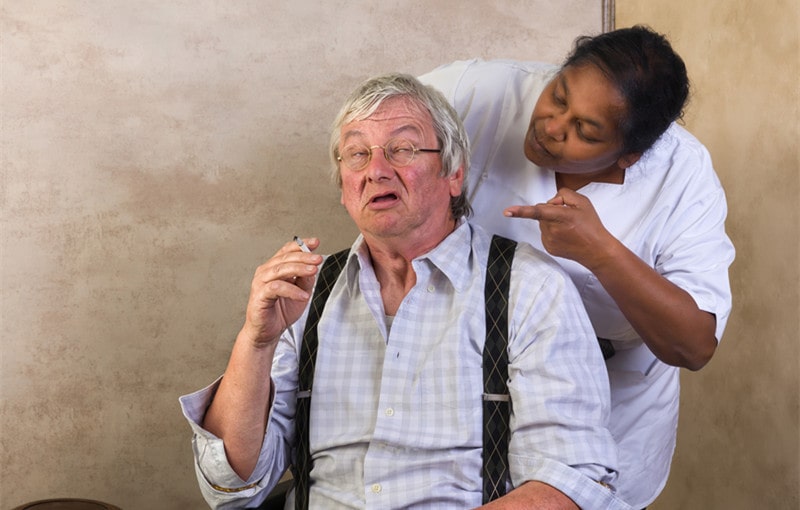 It is estimated that during any given month of the year, 1 in 10 senior citizens will experience some form of elder abuse. Further complicating the matter is the fact that approximately just one in twenty-four abused seniors will actually report the situation to the authorities. This makes it extremely difficult to get a serious sense of just how widespread this problem really is.

Why Does Elder Abuse Occur?

As we get older, we often find ourselves having to look to others for assistance with day-to-day tasks. This need has created an industry of sorts around elder care and assistance. It has also created an enormous potential for abuse. From con artists, to shady senior care companies/facilities, there are many things seniors need to be wary of.

Furthermore, not all elder abuse cases are perpetrated by fraudulent rest homes, or con artists who simply want to rip off seniors and move on. An astonishing number of elder abuse examples are carried about by people close to the senior. This fact further clouds our ability to do combat senior abuse on a larger scale.

This does not mean you are helpless. Nothing could be further from the truth. While these situations can be traumatic, as well as emotionally, psychologically, and physically dangerous, there are resources available to seniors. For those who are not seniors, but who are concerned about someone they know, these resources can also prove to be invaluable. From knowing the signs of elder abuse, to having personal resources to help you, such as a cell phone for seniors, can help to avoid many unfathomable possibilities.

Whether you are a concerned senior, or someone who is worried about another individual, here are a few important facts and tips about elder abuse that can prove helpful to many:

Whether you are experiencing elder abuse yourself, or if you are witnessing it in a situation with someone you love, the next step is naturally to report the abuse to the authorities. This can be extremely difficult for those in abusive situation. For seniors who want to arm themselves against any of this ever happening to them, the ability to reach out on your own is imperative. Keeping something like a cellphone/smartphone for elders on hand, while also knowing who to contact, can quite possibly save your life.

Here are a few organizations to research for further senior citizen abuse help:

You may also want to look for lawyers who specialize in elder abuse cases. They can help you to weigh your options in the best light.