11 Important Pros and Cons of Cell Phones for Seniors 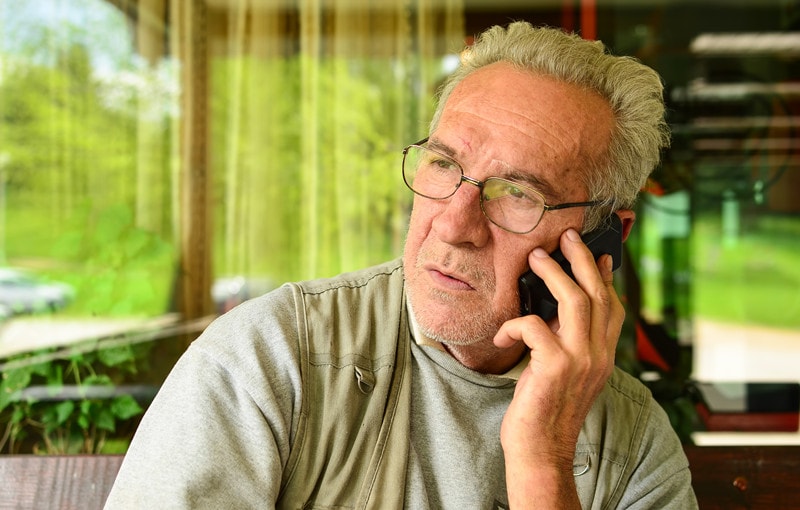 In the age of smartphones, the world has become more connected than ever before — information flows freely, and your friends are just a text away. Yet, one group has been exempt from it all, watching these developments from the sidelines, unable to follow them. And that group is none other than the elderly — your own grandmas and grandpas.

But though they typically don’t use cell phones, seniors could still benefit from their numerous features. Phones can provide entertainment, allow them to stay connected to their loved ones, or call emergency services. The only issue is that smartphones may be too complicated. And that’s where cell phones for seniors come in handy.

Pros of Cell Phones for Seniors

1. They Are Better Suited for Their Needs

No matter how you look at it, smartphones nowadays are made for and geared towards young people. All their features point to that — small screens, hard-to-see letters, dozens of apps, and multiple cameras. Seniors usually don’t need most of the options they offer or can’t use them because they simply aren’t suited for their capabilities.

But does that mean they should just settle for not having phones? Of course not! If regular smartphones pose too much of a challenge, phones for seniors are a perfect solution. They are simpler and better suited for people with impaired eyesight or motor functions.

For instance, these phones have larger screens, bigger fonts, and easy-to-press buttons. Their backlight might not turn off as quickly as in modern smartphones, allowing the seniors more time to perform an action. On top of that, features are fairly limited, but that’s okay because only the necessary ones are present. That way, seniors will have no trouble navigating the device.

One of the main things that puts seniors off smartphones is, without a doubt, how difficult it is to master their use. To young people and children who were raised on this technology, it all may seem rather easy. But to older adults, who grew up when TVs were a novelty, smartphones may seem like gadgets from sci-fi. It’s no surprise then that they might struggle to remember what to open and where to click.

Luckily, phones for seniors manage to solve this problem rather easily — by offering a simpler interface with fewer functions. Yes, that means that your grandma won’t be able to update her Facebook status from her phone. But let’s be honest — how many seniors do you know that use their phones for much else than basic necessities?

A simple phone with the most important features at the tip of their fingers should cover all seniors’ needs. Then, all you need to do is explain how to call or text, and they’ll be ready to start using it.

3. It’s Easier to Call for an Emergency Service

Perhaps the single most important feature of cell phones for seniors is easy access to emergency services. No need for them to dial any numbers or complete any steps. Police, hospital, and everything else they need is just a click away. That should give you peace of mind as well — you no longer need to worry that your grandparents will be helpless in peril.

In addition, you can easily set up speed dials on these phones and teach your elderly family members how to use them. Put the most important phone numbers there — for instance, yours — and tell them to call whenever they need something. That way, they’ll be able to reach you in case of an emergency quickly.

If you own a smartphone, you know that you need to charge it every day, and sometimes even more often. While that isn’t a problem for you, it can be for a senior who isn’t used to cell phones. They might not notice that the battery is low right away or may simply forget to charge the phone overnight. So it’s far more convenient to get them a phone that doesn’t require such frequent charging.

And luckily, cell phones for seniors are just that. Since they don’t have nearly as many background processes as smartphones do, their batteries last far longer. Some can even stay up for 5-7 days! All in all, your elderly family members will feel less burdened and get more use out of these cell phones.

When you buy a smartphone, most sellers will advise you to purchase a protective case as well. That’s because, as powerful as these devices are, they are also quite easy to damage and break. And if that’s a problem for you, imagine how troubled seniors would feel — especially those with reduced motor functions.

Designers of cell phones for seniors keep all of that in mind when making these devices. In fact, most of the available models are rather sturdy and difficult to break. Even when they fall or bump into objects, they will still look brand new and work just as well. Thus, you don’t have to worry about the phone accidentally breaking and leaving your grandparents stranded with no means of contact.

6. They Allow Seniors to Stay Connected

A big problem for many seniors, especially those who move with difficulty, is a lack of communication with their loved ones. Their children and grandchildren are often too busy to visit or live too far away. Their friends are the same age as them and might not be able to leave their homes either. In the end, they spend most of their time alone or talking to their neighbors if they drop by.

But it doesn’t have to be like that. With cell phones for seniors, your elderly family members can call, text, or send and receive photos anytime they want. That way, they’ll stay connected to you and their friends and feel less lonely overall. Plus, teaching them how to use their new phone can be a fun bonding activity!

Even with their limited options, cell phones for seniors can still be quite entertaining. For instance, it’s usually possible to surf the internet on them or download simple games. The possibilities may not be endless like with smartphones, but there’s still enough to keep the user engaged. So whenever your grandparents get bored, they can turn on their phone and kill an hour or two.

Cons of Cell Phones for Seniors

1. There May Be Secret Charges

The main problem with cell phones is that they can incur some charges without the owner noticing. That can happen to anyone if they aren’t careful — even you, no matter how tech-savvy you might be. So just imagine how likely it is to happen to someone who doesn’t deal with technology much, like your grandparents.

Of course, there are ways to prevent this from happening. If your senior family members aren’t going to use the internet, you can get a plan that doesn’t include it. Otherwise, teach them what to look out for and not to give their bank or card details to any apps and websites.

2. They Rarely Have Virtual Assistants

As you know, most smartphones nowadays come with virtual assistants, such as Siri and Google Assistant. These apps can set reminders, make phone calls, and send texts after receiving a simple voice command. What’s more, they can tell you the news, play games with you, or even read audiobooks!

Obviously, all of that is incredibly useful for the elderly — especially those with failing eyesight and motor functions. Virtual assistants can keep them entertained and let them make a quick phone call without fumbling with buttons. They also allow them to order food or make to-do and shopping lists easily.

Unfortunately, most phones for elders are quite simple, and thus, don’t include virtual assistants. That means that many of their more useful features just aren’t there. So if you’re planning to buy a cell phone for your grandparents, consider whether the benefits of a virtual assistant outweigh the drawbacks of a smartphone.

Due to their simplicity, cell phones for seniors often don’t have even some of the more common features. For instance, a video call option may not be available, even though it can be useful for seniors. It allows them to actually see their family members and friends who live far away and feel even more connected.

So if you think a video call feature is a must, you should look for more modern cell phones for seniors. Luckily, there is quite a large variety of them on the market, so you should have no trouble picking the right one.

4. They Still Require Some Getting Used To

No matter how simple a phone may be, it still might seem complicated for someone who’s never used it before. So don’t be surprised if your grandparents have some questions or find it too hard to use at the beginning.

Instead, try to offer them as much help and support as you can — that way, they won’t feel discouraged from learning. Ultimately, some seniors will react to their new cell phones better than others, and some will need more help to start using them.

Despite the few cons cell phones for seniors have, they are, without a doubt, a great investment. They are simple enough to use, yet still offer all the options elders might need. Most importantly, they give both you and your elderly family member peace of mind, knowing that emergency services are just a click away in case they need them.