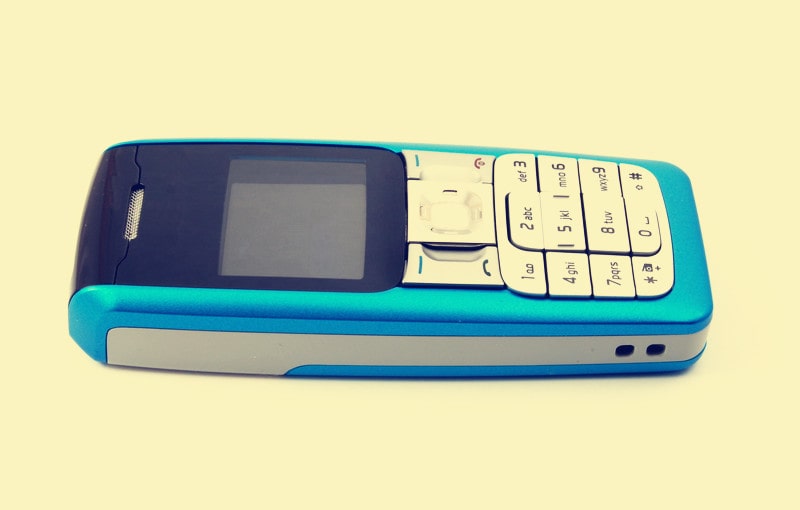 Cell phones for seniors have been gaining in popularity in recent years, and with good reason. They have larger screens, bigger fonts, and more prominent buttons — to name just a few features that make these gadgets particularly well-suited for older people to use.

However, if you think that cell phones for seniors are low-tech or boring, think again! If you have never used one, you are in for quite a surprise. The older generation likes to have fun too, and that is reflected in their cell phones.

What Are Cell Phones for Seniors, and Who Are They For?

More than 80% of seniors currently own a cell phone. What’s more, the demand will only grow as the more tech-savvy younger generations slowly (but surely) join their ranks. However, save for a few lucky exceptions, most seniors cannot just use any type of phone. Regular smartphones can be quite challenging for people who may be somewhat hard of hearing and with failing eyesight — to say nothing of their reduced dexterity.

The good news is that many brands now offer cell phones that are specially developed with the needs of seniors in mind. They are easy to operate and come with simpler interfaces, larger buttons, and oversized screens. Crucially, they can be synced with medical alert systems, have easy-to-find SOS buttons, and often feature reminder apps for doctor’s appointments and drug prescriptions.

That said, it would be a mistake to think of cell phones for seniors as smartphones for dummies. They are not a watered-down version of the latest high-tech mobile devices on the market. In fact, some of these so-called “old folks phones” may have more advanced features than conventional phones!

So, let’s go ahead and dispel the most pervasive myth about cell phones for older people: that they are wooden and boring.

Here are eight fun facts about cell phones for seniors:

1. Didn’t You Get the Memo? Flip Phones Never Went Out of Fashion

Remember flip phones? Boy, wasn’t that flip sound satisfying! Too bad they went out of fashion… or did they?

We’ve got news for you: flip phones for seniors are a thing. And no wonder — they are small, lightweight, and easy to carry around. Plus, the design helps protect the screen and the keyboard.

And unlike most smartphones, old-school flip phones are simple to operate and have long battery life. That makes them a great choice for seniors who just want to talk, text, and maybe take the occasional basic photo.

2. Some Cell Phones for Seniors Are Nicknamed “Candy Bars”

You may have heard this expression used for conventional phones as well. However, it is particularly popular when referring to a type of cell phone for older users. You know the one: it features a small screen at the top and buttons resembling the shape of a chocolate bar underneath.

These little fellas don’t support too many fancy functions. However, they make up for it by being compact, extra-sturdy, and easy to use — as long as you can see the display, that is.

3. The Battery Can Last Days and Weeks on a Single Charge

We bet that’s something you wish you could say about your smartphone too. The simpler a cell phone is, the more its battery lasts. So, less “sophisticated” devices such as flip or candy bar phones tend to have longer battery life. They are also more energy-efficient. Oh, and you can rest assured that they won’t die on you the one time you fail to take a charger or a power bank when you leave the house.

This feature makes these phones ideally suited for seniors, who may forget to charge their device or monitor the battery life altogether.

4. You Can Drop Them as Many Times as You Want

Many cell phones for seniors have a more robust construction and are impact resistant. The reason for this is simple: as most people get older, their hands and fingers usually become weaker, stiffer, and less agile. That often causes seniors to lose their grip on objects and drop them on the ground — a near-certain death for most other modern mobile devices.

While you shouldn’t take that as an excuse to start throwing your cell phone in anger whenever something upsets you, a few accidental drops here and there will probably do no harm.

You didn’t expect that one, did you? Some “old people phones” come with built-in cameras with a special zoom feature. This way, they can hone in on and magnify whatever they are pointed at, which comes in handy for reading fine print or inspecting miniature objects.

Plus, that allows you to unleash your inner Sherlock Holmes (and it’s much more convenient than carrying your own magnifying glass everywhere)!

6. You Might Want to Keep the Volume Dialed Way Down

If you’ve got yourself a brand-new cell phone for seniors and are about to make your very first call, be sure to dial down the volume before saying “Hello” — especially if your hearing is fine. Most cell phones for older people have higher volume options automatically enabled. Many models even come with Bluetooth functionality to connect to hearing aids.

So, unless you want your phone to sound like a mini loudspeaker (and potentially rupture your eardrum), double-check the volume level first.

7. Finding a Phone Case That Fits Can Be Quite a Quest

Okay, let’s face it: old people phones look funny. They have candy bar button layouts and flip screens. Even when they are smartphones, their oversized displays and chunky construction can still make them look somewhat out of proportion.

All that can make getting a phone case that fits a bit of a mission impossible. If that’s your case, you will probably have to scour the Internet to find what you are looking for. Alternatively, you can consider ordering a custom case. It may cost a bit more, but it can save you a lot of time and stress.

8. Cell Phones for Seniors Can Be Surprisingly High Tech

Well, that may not be the case with flip or candy bar phones, but smartphones for seniors are definitely up there with some of the latest technology on the market. We already mentioned that they support Bluetooth, have magnifying cameras, and can be synced with a wide array of medical alert systems. But that’s not all there is to it.

In addition to making calls, sending texts, and browsing the Internet, many cell phones for older people can control smart home devices such as TV sets, doorbells, and thermostats. What’s more, they support voice connectivity features like voice assistant, typing, and voiceover.

And then there are the fingerprint and face recognition capabilities, health and wellness apps, and specially developed brainteaser games to promote cognitive health. Not bad for an old folks gadget, eh?

Why Get a Cell Phone for Seniors?

A mobile phone that meets your particular needs can do wonders.

For starters, a growing number of older people live in single-person households or in residential care facilities away from their family members. That can result in feelings of loneliness and isolation. And these, in turn, can be catastrophic for both your physical and emotional health.

Here is where cell phones come in. They help keep you connected to your family, your friends, and the wider world. That should come in handy when you are unable to leave your house due to health reasons (or simply because the weather is bad). You talk to your loved ones, catch up on the news, or

What’s more, cell phones for seniors can help you and your healthcare provider keep an eye on your health status 24/7. They can monitor everything. From your heart rate and blood pressure to the exact number of steps you walk on any given day, your phone will have you covered. You can also set personalized reminders and alarms for doctor appointments and medications.

Are you 65 or older? Do you find that you are having trouble using your old mobile phone? If that’s a yes, then it might be time to switch to a different kind of gadget.

Is your eyesight failing you? Are your hands shakier than they used to be? There is nothing to be ashamed of. It’s all perfectly normal. The trick is to accept the changes in your body and adapt to them as best as you can.

Plus, a cell phone for seniors can be just as high-tech as the latest smartphone on the market, so you won’t have to compromise on the functionality. Unless you want a flip phone, that is — in which case you would earn the respect of all the cool kids in town. Mark our word, flip phones will be having their big come back soon.