Why Your Grandparents Might Prefer Cell Phones for Seniors 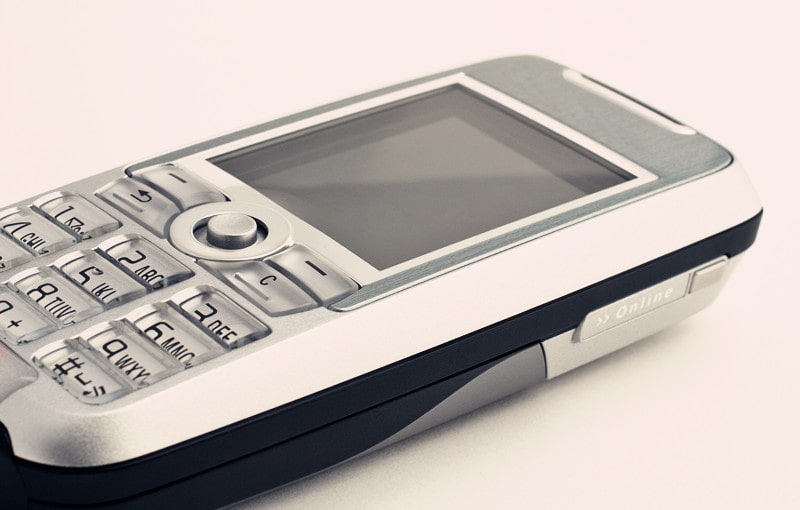 By now, it has become evident that phones are a real staple in our lives. But the older generations, specifically seniors like our grandparents, are just not into technology having such an influence on their day-to-day lives. More importantly, they just cannot seem to keep up with all the changes. After all, with new smartphones appearing all the time, the learning curve just keeps getting more challenging to overcome!

One thing that helps, though, is that the industry hasn’t completely forgotten about seniors. Indeed, there are special cell phones that let them become a part of the technological world without feeling overwhelmed or as if they’re missing out on something spectacular. And honestly, grandparents would likely prefer these over any new iPhone or Samsung smartphone and benefit more in the long run — here’s why.

Why Your Grandparents Would Benefit From Cell Phones for Seniors

They Don’t Require a User Manual for Each Task

As much as it may pain seniors to admit it, the younger generation is better at using gadgets like smartphones since they all grew up with technology. They didn’t have to wait for the cell phone to be invented and become what it is today. They were simply born into that world!

But does that mean that seniors should simply give up on technology altogether? Of course not! Cell phones for seniors are a glimpse into the more high-tech world for the oldest among us. However, they don’t require a huge learning curve, and there’s no need to use a manual for every single task. With fewer functions, clearer design, and a simplified interface, these phones are truly a piece of cake to master.

They Are Compatible With Afflictions Most Seniors Have

Our senses, or rather their power, diminishes as we age, so any grandparents out there looking for phones are probably on the hunt for some that would work well DESPITE those afflictions. Luckily, cell phones for seniors can help them overcome problems they would otherwise have to suffer through with regular phones.

Some of these include poor volume and small font. Most cell phones for seniors work through these issues by allowing the users to set their preferred font size. They also usually come with louder speakers to help them use the phone with ease. The best ones are even compatible with hearing aids!

The display size is another issue most seniors worry about; after all, their eyesight may be so poor that they’re unable to even select the right number, let alone type a decent text on their phone. In that case, a senior-friendly smartphone is an ideal solution. Keep in mind, though, that it may be a problem for those who aren’t so tech-savvy. Even the simplest versions may be too much for some grandmas and grandpas!

They Are More Suitable for Every Day and Even Emergency Use

Most cell phones on the market today are jam-packed with apps and widgets that allow for seemingly useful functions. The thing about seniors, though, is that they don’t need their gadgets to have so many features. All they really want is a phone that lets them call their grandkids, send a text or two, and take a few photos here and there!

Because of that, we shouldn’t expect any senior cell phones to be the latest example of technological advances. That doesn’t mean these are super-basic; they’re just simplified in order to cater to the needs of their target audience.

As a result, these phones are a senior’s dream come true as they allow for seamless everyday use without any hassle or fuss. At the same time, a simplistic user interface is an excellent option in case of emergency. If there are no additional shortcuts the senior can take, they won’t have much trouble navigating the phone quickly until they find who they can call for help.

They’re Not So Easy to Break

As uncomfortable as it may sound, the truth is that seniors are pretty jittery and often have trouble keeping their grips strong. That makes them a less-than-ideal audience for most, if not all, modern cell phones.

Since large displays are a must these days, the majority of people opt for smartphones and use protective films to ease any drops that may occur. But that’s the problem, isn’t it; when you’re jittery due to old age, you’re far more likely to lose control over your movements and drop things.

Thus, even though there are senior-friendly smartphones, they may not be suitable for all the elderly, including most grandparents. What they should focus on instead is finding durable candy bar and flip phones. These should remind us of the robustness of the good old Nokia 3310 — reliable and able to take quite a few hits. Fortunately, senior cell phone manufacturers have all of this in mind, so tough basic phones are aplenty.

They May Save Your Grandparents’ Lives

Finally, the most significant advantage of these cell phones is that they may come with features that just may save a grandparent’s life. One of the most coveted ones is the SOS button.

As the name says, seniors can use this button in dire emergencies when they need immediate assistance and don’t have time to type a text or call someone. Depending on how it’s programmed, pressing the button would alert the senior’s near and dear that they are in danger. Soon enough, help would be on its way!

The best part about this feature is that it genuinely does give caregivers some peace of mind. One of the worst parts about having aging grandparents is that they may have to live alone and don’t have immediate care unless they are gravely ill. But they can suffer from various ailments that could easily put them in danger, like frequent jitters, dementia, and similar.

The good news is that an SOS button could help mitigate serious injuries or at least send help faster. In some situations, even a couple of seconds could make a huge difference.

We’d all love to see grandparents using the latest apps and social media platforms; if anything, that would likely keep them feeling young and lively. However, we have to keep in mind that they have different and usually more straightforward needs than us.

Thus, they’re often far better off using cell phones for seniors. Among other things, these phones have a design that caters to their demands perfectly and lets them stay in touch with their loved ones, get help when needed, and even take a pic or two quickly and effortlessly. For us, that may seem rather rudimentary — but it means the world to our grandparents!